Many companies who exhibit at AWFS are known for demonstrating woodworking machines they herald as new, innovative or improved. But this year Selco Product Area Manager Paolo Pezzoli and the team at Biesse are showcasing something that truly lives up to being described as “revolutionary.”

They have worked nonstop to introduce their new WN 6 ROS Panel Saw at Ligna 2019 in Germany. At the 2019 AWFS Fair in Las Vegas, it will be North America’s turn to get a firsthand look at a product that will go down in history as a woodworking game changer.

“In recent years, most woodworking machines have evolved greatly, but beam saws have not,” says Pezzoli. “Until now, an operator had to be in front of the machine, constantly moving panels, rotating strips, pressing the start button to begin every cutting cycle and most of the time, manually applying labeling and performing other operations. The game-changer with the Selco WN 6 ROS is that we have kept the frame of a standard machine but replaced the air tables, so everything can be done by the robot instead of an operator.”

The Selco WN 6 ROS Panel Saw has the added advantage of their patented Twin Pusher 2.1, an exclusive feature available as an option on many Biesse beam saws but standard with the ROS, that enables faster operation, optimizing the movements during the cutting cycle. In addition, the ROS eliminates the need for an operator to stop the machine and handle waste management. Trims fall into a trap and are managed automatically, according to the distributor.

“Investing in robotics now will succeed in lowering payroll and training costs for years to come,” adds Pezzoli. 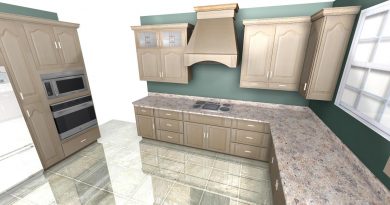 No more material waste with the Premium Optimizer

May 1, 2019 Mary Lou Cooke Comments Off on No more material waste with the Premium Optimizer